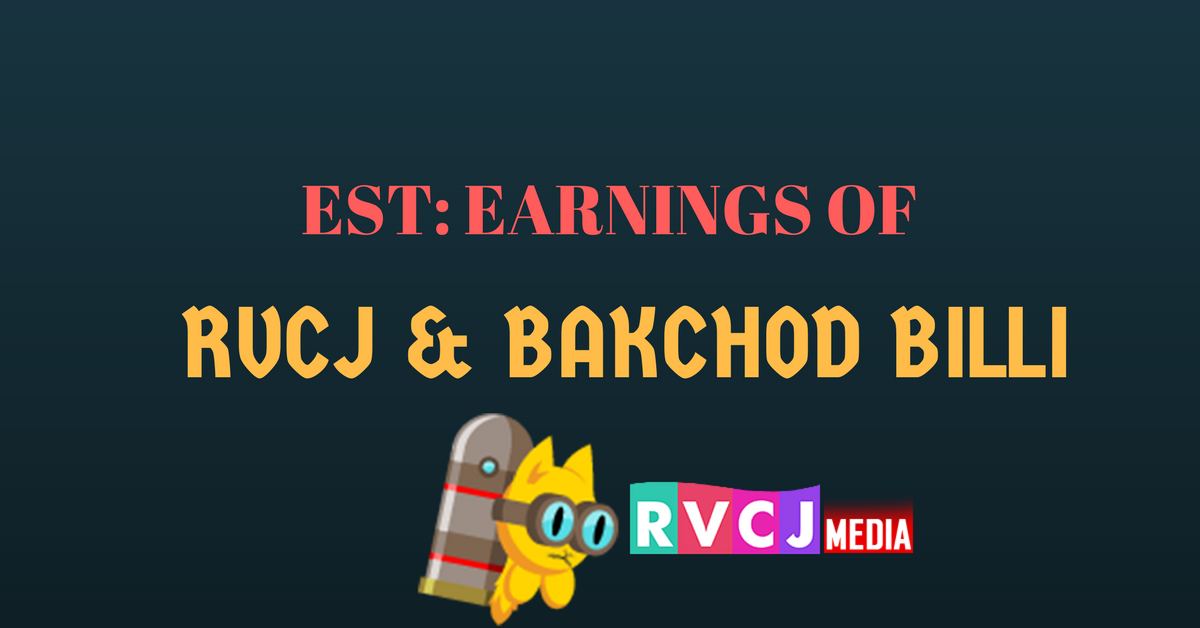 RVCJ most commonly known as Rajnikanth vs. C.I.D Jokes is one of the most trending pages of Facebook. Well, this page has acquired immense fan following with a short period. Given the fact they share some of the best meme’s and post on Facebook, it’s no wonder that they have become so popular.

Another page that has become much popular like RVCJ is Bakchod Billi. Well, this page might not be that popular but it sure is gaining a lot of popularity and fan following each passing day. This page is also known for producing some of the best meme’ and jokes. Well, let’s discuss both the earnings and how they have grown in details down below.

An interview was conducted for the owner of RVCJ i.e. Shahid Javed. In the interview, he stated that he just migrated to Facebook from Orkut. During that time some meme’s about Rajnikanth and CID were going on separately. Then out of the blue and idea struck him and RVCJ page was created.

The first year of the page was quite tough and it had merely a fan following of 30k. But after one year when Ankit Mor joined and helped Shahid to make it the monster, it is today.

After that new members started rolling in. One of the most important roles was played by Mr. Harpreet Bajwa. He brought up the site with the best SEO optimizations.

After the success of the blog, the monster that is known as Rajnikanth vs. C.I.D Jokes just kept on growing and they didn’t just stop at Facebook. They are present in most social media platforms. On Facebook the have over 1.5 Crore follower, on Twitter, they have around 15,500+ followers, 52,000Subscribers on YouTube and 434k on Instagram.

Though much has not be revealed about the earning of the page according to the page Website Outlook, it has been revealed that their worth is $545.02k. It’s estimated earning on a monthly basis is 50-60 lakhs. An image has been provided down below for your convenience. However, according to our own blogging experience, in reality, these earnings couldn’t be more than 5-10 Lakh per month and our advice you not to trust these types of websites.

Now that you know quite a bit about RVCJ, we can now move on to the next one i.e. Bakchod Billi.

This Facebook is quite new when compared to RVCJ. Not much information is available for this page but it can be said that this page shared some of the best meme’s and posts.

All of their posts revolve around cats only. This Facebook page has amassed quite a lot of followers too. On Facebook, they have a staggering amount of about 1.5 Crore followers and on Instagram, they have around 1.1 million followers Instagram.

The earnings of this page have not been revealed yet. But it can be assumed that this page earns about XXXX –XXXXX per month. Not much information is available on this page.

Well, that’s it and that is the estimated earning of RVCJ and Bakchod Billi. To be honest not much is known about these pages. So it’s quite hard to guess the estimated earning of this page can be quite hard. Hope that these have been of help to you. If you have any information regarding these pages then let me know about those by commenting below.